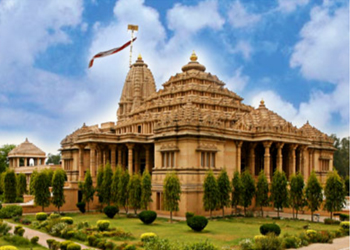 July, 2021 by Dr. Jitendra B. Shah
Vijay Vallabh Smarak Tirth Mandir Complex, ensconced within 23 acres of sprawling campus, at 20th Km point on National Highway no. 1, G.T. Karnal Road, Alipur, Delhi, is a fitting tribute by the devoted Jain Samaj to perpetuate the sacred memory of Acharya Vallabh Surishwar Maharaj. Within this Complex Bhogilal Leherchand Institute of Indology is a unique institution to promote research, publication, study, and teaching various aspects of Indian philosophy, with special focus on Prakrit language and Jain scriptures. This premier Institution of international repute was first started at Patan (Gujarat) in 1980 through the funds provided by the family trust of Bhogilal family to sponsor and promote research in Indology/Jainology and other aspects of Indian culture. The setting up of the Institute was inspired by Late Pujya Shri Vijay Vallabh Surishwar ji Maharaj, who laid emphasis on education as the only means to dispel the darkness of ignorance from the mind of the people. Later on, after the inspiration of Pujya Sadhvi Shri Mrigawati ji Maharaj, the Institute was shifted to Delhi in 1984. Later, through stellar effort of Sadhvi Shri Mrigavati Maharaj and Pandit Shri Dalsukhbhai Malvania, the Institute hosted continuous National and International Seminars. Its multitudes of publications and its collection of ancient handwritten manuscripts and the vast library of contemporary literature have earned it a world-wide fame and prominence. 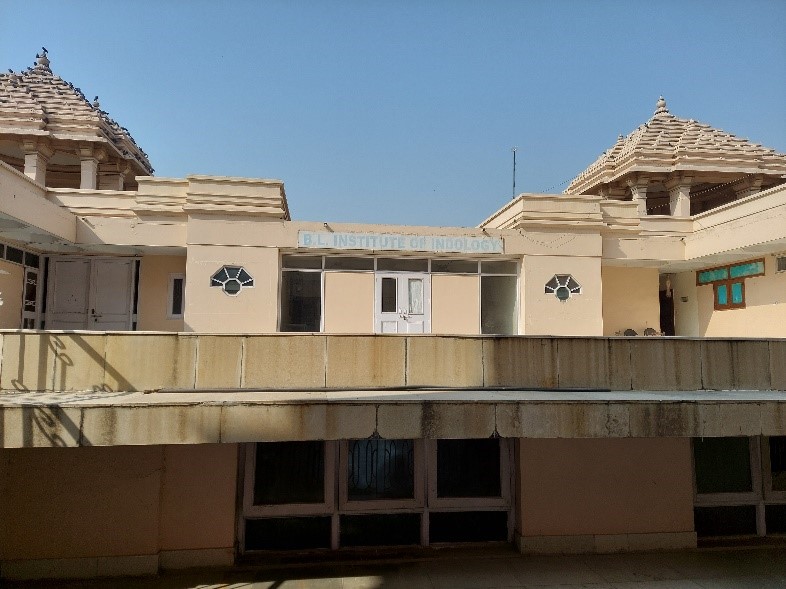 The institute aims to enter into areas of intellectual quest, which have not so far been fully exploited. Jainism stands for the unity and equality of life. This truth has now been accepted by almost of all religions and intellectuals with a scientific temperament. Hence the idea of a synthesis between religion and science should be inculcated in the young minds.

The academic program of the Institute is to initiate, organize and give and give a fill-up to research in the following interdisciplinary areas – 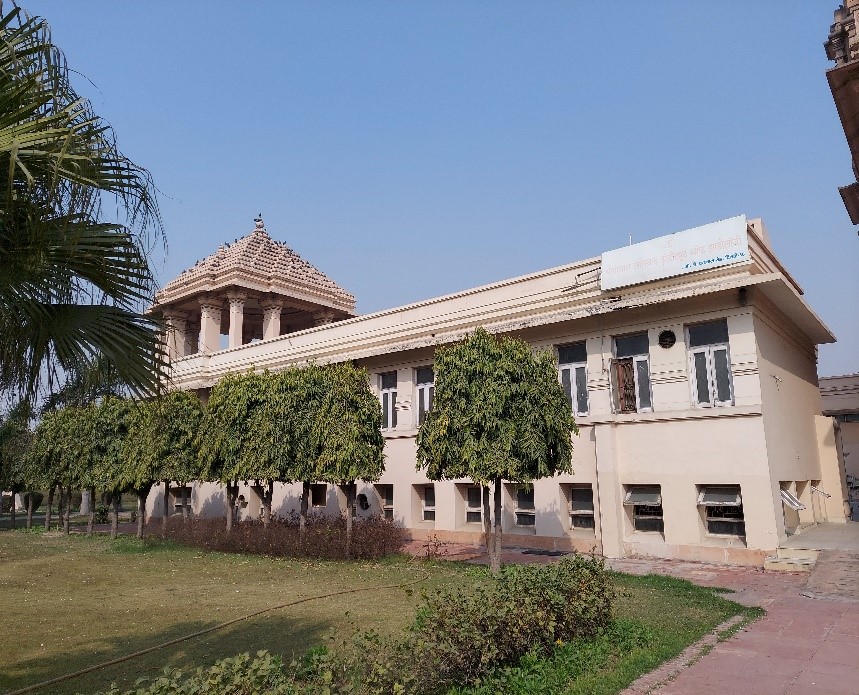 The Institute primarily works for the promotion of Prakrit Language and Literature. Prakrit occupies a place equal to none in the area of understanding the development of regional and state languages of the country through the ages. The study of Prakrit language is important to understand Vedic and Sanskrit literature. The use of Prakrit language in Sanskrit drama and poetry exhibits the growth of culture of the common people of India. Prakrit is the undisputed and undeniable proof of the unity and integrity of this nation. Hence the BLII aims at taking up the special studies in the field. For the past 30 years, the institute has been conducting Prakrit language and literature seminars. Students from various universities, Sadhu- Sadhvis and interested citizens take benefit of this unique opportunity. Nationally recognized learned scholars teach here.

Every year a 12-day Workshop is conducted by famous scholars of Jainism on Vachak Umaswati’s Tattvarthsutra – a 344-stanza treatise is the essence of Jain tenets and philosophy. The Workshop is attended by university students from all parts of the country.

Time to time BLII has also organized various National and International Seminars, some of them are:  Umaswati and his creations (1999); Mahavir and Non-Violence in 21st Century (2001); Indian Yoga tradition with emphasis on Jain Yoga (2006); Yoga Shastra of Acharya Hemchandra and Tribute to Shri Jambuvijayji (2010), and The Nature of ‘Life’ an ‘Death’ in different Schools of Thought (2016). Lecture/Lecture Series on various subjects including Manuscriptology and editing have also been conducted. 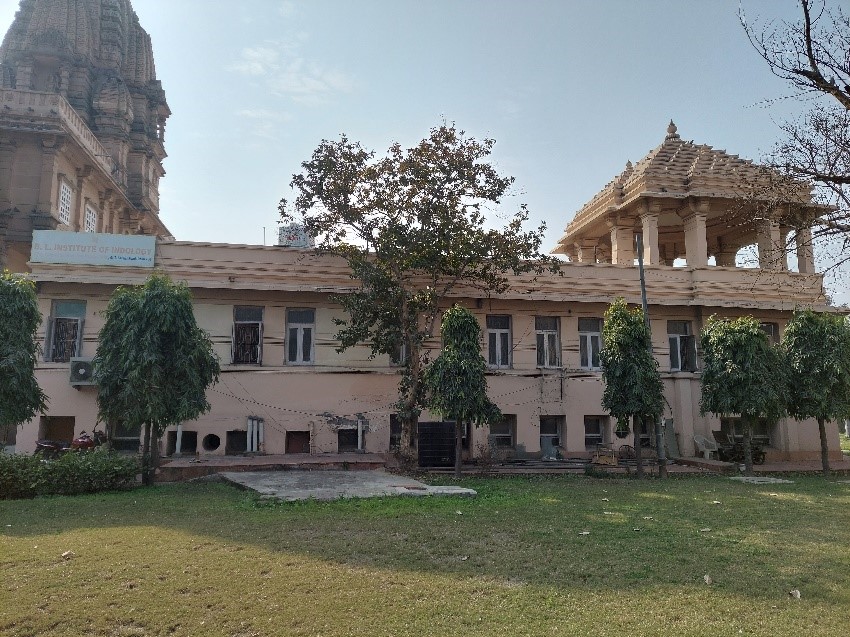 Since the BLII has more than 26,000 manuscripts, Manuscript Conservation Laboratory was set up in June, 2000 for the repairing of fragile, brittle, termite/worm-eaten manuscripts. At present, the computerization of book-data is in progress. After completion of this task the readers would be able to trace the available titles with the help of various key words, viz., title, sub-title, author, translator, editor, commentator, publication series, publisher, publication place, year, etc. Afterwards, this will be made online at the website www.blinstitute.org .

The National Mission for Manuscripts works with the help of more than 47 Manuscript Resource Centers across the country. They include well-established Indological Institutes, museums, libraries, universities and non-government organizations who act as the Missions Coordinating agency in their respective regions. They are primarily responsible for Survey and documentation of every manuscript in their area. As BLII is one of them, so NMM liaises with the Institute for awareness campaigns and outreach activities such as lectures, school theatre program and training workshops. So far BLII has recorded the data of more than 50,000 manuscripts. This data is available on the website of NMM, viz., www.namami.org

The illustrious history of this unique conservatory:

There is a long history behind esteemed collection of handwritten manuscripts at the institute. The story dates back prior to independence of India. India was not yet divided into India and Pakistan. Venerable Acharya Shri Vallabh Suri Maharaj was residing in Gujaranwala (presently in Pakistan) for his chaturmas (four-month-long rainy season halt). The war for independence had created sectarian debates between Hindus and Muslims. But, Acharya Shri Vallabh Suriji was revered not just by Jains but also Muslims. For that reason, Acharya Shri believed that the Muslim brothers will not attack Jains or Jain religious places. But that wishful thinking proved to be illusionary. On a given day, the shrine of Atmanandji was torched and burned to ground. The news spread quickly. Acharya Vallabha Suri became distressed knowing that and he lost his faith in the Muslim brothers. Becoming the guardian he thought about securing the temples, idols Tirthankars, vast treasure of handwritten manuscripts, as well as, the lives of countless Jain brothers and sisters.

One of the first measures, Acharya Shri undertook was to ask the shravaks, to bring all the idols to the passage between the temple and the upashraya. Thereafter, he had all the manuscripts and gold/silver ornaments of the temple put in the empty tea boxes. He got them laid next to the idols, and got constructed a wall around them in secrecy. This was done so skillfully that no one would suspect that it concealed treasures. Only after that sadhus and sadhvis along with remaining shravaks left the area to head for Amritsar. The journey encountered many obstacles, but with divine blessings they arrived safely in Amritsar.

Initially, they thought that once the riots would come to an end, they will get back to the temples and their homes. But that was not to be. In fact, things got worst. The country was divided. Gujranwala became part of Pakistan. Now, bringing anything from Pakistan became virtually impossible. But, Acharya Shri’s mind remained occupied with thoughts of bringing back those literary treasures, till his last breath. But, this remained unfulfilled in his lifetime.

Later, Kasturbhai, Chairman of Anandji Kalyanji Pedhi, paid a major role in bringing back those treasures. The year was 1955. He contacted the then Governor of Punjab, Shri Dharmavira and Indira Gandhi, at first to determine whether, treasures were still safely tucked away or not. What was the upashraya in those days, had now a vegetable market in Gujranwala. Through political diplomacy Kasturbhai got the entire market emptied. The wall in question was demolished to reveal what was hidden underneath. By sheer luck, it turned out that everything that was buried had remained intact.

The local politicians presented a bill for removal of the market and all associated work. Shri Kasturbhai quietly managed to pay all the costs and managed to have the idols, manuscripts and other items – everything shipped back to India. The manuscripts eventually came to BLII. Initially, Shravak Hiralal Duggad was entrusted to look after them. After his death, the work of indexing the manuscripts fell to three Sadhvijis: Suvratashriji, Shruyashashriji and Shruprgnaji under the expert guidance of linguist Shri Laxmanbhai Bhojak. As the time went on, small Pustak Bhandars in Punjab also merged their collection with the one at BLII. This way today there are almost 26,000 handwritten manuscripts in the BLII repository, some of which are extremely rare.

Dr. Jitendra B. Shah is a scholar of Indian philosophical systems, in particular Jain philosophy, and is well versed in Sanskrit, Pali, and Prakrit. He has vast experience in manuscript ology. He has authored 12 books, more than 150 research articles, and has delivered lectures in Indological institutes across India.