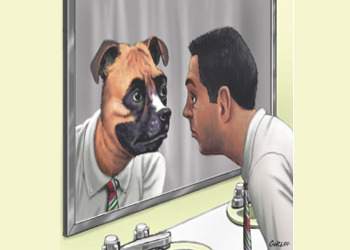 Compassion – A Vaccine Against ‘Passions (Kashāy)’

February, 2021 by Vishal M Mehta
By the time this article is published, humanity will begin to witness mass inoculation against the deadliest pandemic of the century through roll out of Covid19 vaccine. This hurriedly developed vaccine is expected to protect our “body” from the deadly corona virus. But have we ever thought about an antidot which is required to protect our ‘soul’ from infection though 4 types of Passion (Kashāy)’ i.e., Krodha (Anger), Mana (Ego), Maya (Deceit), Lobha (Greed)? These four passions are usually grouped into two categories: 1) Rag (attachment), 2) Dwesh (hatred). Rag is formed from maya and lobha and dwesh is formed from krodh and mana.

A noble virtue of ‘Compassion’, so profoundly narrated in Jain philosophy, simply means ‘concern’ for other’s suffering. It starts from acceptance and accommodation of other’s deeds and words without any sense of judgement, bias, or prejudice – whether it is good or bad. And then to unconditionally forgive and forget someone’s bad behaviour to you. Compassion is the inner quest to see others free from all kind of sufferings. It requires a higher level of sensitivity and a deeper level of understanding and wisdom to be non-judgemental to step-in-to someone’s shoe and look at the situation – not from our own perspective, but from the other person’s perspective. It endorses the theory of Anekantvad stated in Jainism that truth is multifaceted and can be expressed in infinite ways.

Compassionate character demands absolute calmness of mind to accept the other person as it is and bear with his misbehaviour, mistakes, hurtful words, or ill-thought towards us. It really tests your tenacity and sustenance capability.

At higher level, purest form of compassion transforms the other person in a positive manner.  It empowers the other person in most subtle ways to reflect upon itself. An absolute calmness of character acts like a pure crystal-clear still water which reflects passions and aggressiveness of the other side. 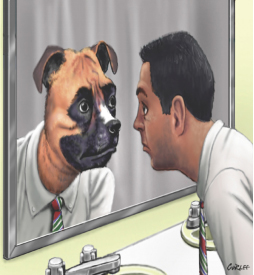 To truly channelise one’s inner virtue of compassion is to try to empower someone in their shortcomings or limitation.

Compassion prevents further aggravation of the situation and explosion of negative traits in our own self as well in another person. Exhibiting compassion towards such unprivileged souls makes them contemplate and takes them towards the inner journey of purification. Compassionate behaviour helps them to heal and repairs their vices and uncover them true nature of their soul.

During our worldly affairs, when greed, power, excess money or lack of money, tendency of accumulation, ego, etc. seeps into our character then the concern for other gets eclipsed. We become too judgemental and we tend to react too sharply against other person and situations. We lose the stillness of mind. This becomes cause of Asrav i.e., influx of karmic particles and further leads to bondage. Such poorly entrapped soul can never cut the vicious cycle of birth and death and keeps roaming eternally.

Consciously developed virtue of ‘Compassion’ becomes the most potent attribute to resist against infection of soul through these 4 passions i.e., Krodha (Anger), Mana (Ego), Maya (Deceit), Lobha (Greed). In adverse situations when we observe any pain or suffering – whether it is on our self or anyone else – compassionate character keeps us calm, rooted, and prevents us from slipping into the situation emotionally and psychologically.

It separates our soul from our self (as ‘we’ know) and makes us a quite observer in all situations without creating further bondage.  When soul remains away from the sickness of further karmic bondage, it remains always fit and healthy to continue his progress of spiritual growth. With that, overall journey towards liberation remains highly focused, smooth and without any deviation. 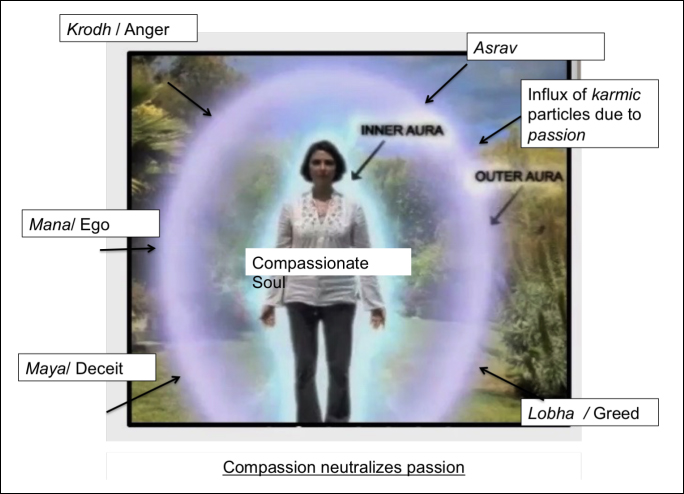 Compassion – A Catalyst For ‘Samvar’

Samvara (saṃvara) is one of the tattva or the fundamental reality of the cosmos as per the Jain philosophy. It means stoppage—the stoppage of the influx of the material karmas into the soul consciousness. Saṃvara is the first step in the destruction of accumulated harmful karmas.

Passion invoking activities allow karmas to become attached to the soul. Once we have realized the effects of such activities, we need to work towards overcoming them so that we can stop new karmas coming in before they further sink the soul. A non-judgemental, non-participative compassionate character acts a like a circle of protection and supports Samvara even in adverse situation.

Due to our worldly affairs and karmic bondage, we human beings tend to swing with our vices and virtues. Inherent and omnipresent nature of compassion gets eclipsed due to ungratefulness reciprocated by the others on whom we have shown sympathy or helped them in their difficult times. However, we fail to understand that the other person whom we have gracefully helped with a sense of compassion, is following his own path. His karma will not let him act as per our wishes. in fact, he is not in his own control, but in the hands of his karmic fruits. When we fail to understand this simple and basic fact then usually our ego overpowers our virtues, and we tend to look at the situation only from our own lens.

At times, compassionate character is lost when the reciprocation from the other side is not same and as expected. And then we blame our own self that why did we show such sympathy in first place? We blame that other person did not deserve our sympathy. Here, we need to reflect upon a fact that it is not the other side who has betrayed us, but he is just instrumental in the process of our self (maybe it should be our selves) getting hurt due to our own past karma.

When we start expecting in return, we are bound to be hurt. Many a times, we find our self in a vulnerable situation and we blame it to our sympathetic nature. This is due to wrong interpretation of our past experiences. We get so carried away in our own emotional outburst that for next time, we vow not to show any concern for others. We refer to our past experience and try to validate this point so vehemently that we forget that it is not the hurtful experience or any betrayal that is responsible for our such conclusion, but it is our ignorance about the karmic journey of the others with respect to our self. So, it is wrong to keep an intention of reciprocation or even an unconscious expectation.

We humans beings are not perfect. So, while sympathising with someone, most of the time we do have a hidden intention of taking favour in future. If not explicit, then it is usually an implicit or at a subconscious level. Complete selflessness is usually not possible in worldly affairs. It is possible only for those who have renounced this world and on the path of only spiritual purification. Usually, monks fit into this category.

Developing virtue of compassion, being non-judgmental is essential but not easy. Regular meditation, guidance of sadguru, our own will power and most importantly alertness in our affairs, self-introspection and inward journey makes us less judgemental and accept the situation or person as it is. Compassion when practiced from this point and perception; it is without any expectation and pure in nature. It gracefully accepts even the destructive and harmful behaviour of others without any complaints whatsoever.

Compassion is a virtue of brave. It requires development of tremendous amount of patience, courage, and tolerance to maintain calmness of self – all of these are collectively called ‘equanimity’.

This virtue does not grow in isolation. When a person matures in his awareness, then various other attributes like honesty, straightforwardness, patience, sincerity, self-confidence, justice, responsibility, generosity detachment– it all develops; simultaneously; which ultimately leads to a sensitive character that is truly compassionate and concerned for others.

Today’s ultra-modern fast life, low tolerance level and impatient human nature are detrimental to sympathetic concerned and compassionate character. It has been observed that we tend to be more tolerant, adjusting and accommodating to outsiders and to the people who are not much known to us, but we may have some self-interest with their engagement. We not just tend to let go of the mistakes and wrong behaviours of them but many a times we sympathise with them. However, when it comes to having same liberal and tolerant views about our own near and dear ones, we become so critical and judgmental that we tend to be arrogant towards them. This is specially in the context of our behaviour with our parents, older generation, and very close family members. When we have a very long-term acquaintance, we take them for granted. This is also because, with outsiders we do not deal much. In most of our affairs, we must deal with close family members, colleagues, daily servants, children, neighbour, and elderly people. We lose our alertness there and we forget that we hurt them the most. We should not be so judgmental on them in their shortcomings.  As it is said that ‘charity begins at home’, first we must develop that consciousness to refrain from hurting our near and dear ones. And at the same time, we must develop a non-judgemental and tolerant view on them. We must forgive and forget their shortcomings which may be disturbing to us or may not be to our expectation or standards. We must remember that none of us are perfect; in fact, we all are on a path towards perfection and purification. Here lessons to be learned is to consciously develop graceful acceptance of people and situation as it is.

Our bondages that keep us in the cycle of rebirth is due to our interactions with our near and dear ones. According to Jain or Hindu belief, usually in every birth and life cycle we again and again come across the same set of souls in different relationships. And according to Jain and Hindu tradition, it is only in the reincarnation of human life which is capable of attaining liberation by shedding off all karmas.  If we continue to engage with passion, then it will never cut the cycle of bondages. Human consciousness provides us this extraordinary alertness and capability to develop the non-judgmental attitude. If we do not keep this awareness, then it is a lost opportunity. At bear minimum, we must devote some time daily for contemplation to build awareness about our knowing or unknowing engagement into a relationship which causes further bondages. And then we must remember and reach out to every single person to ask for forgiveness if we have hurt them. And also liberate others from this burden by forgiving them if we are hurt by them. In Jain tradition, there is a ritual called daily ‘pratikraman’ which is nothing but a systematic way of contemplation or repentance. This leads our soul towards its higher objective of liberation. 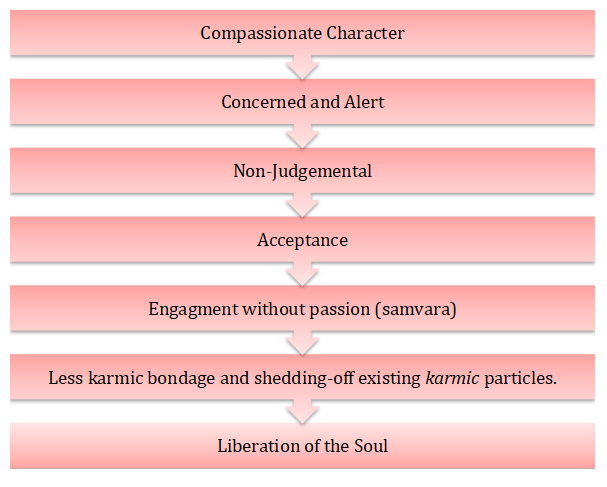 Vishal M. Mehta is an engineer by qualification, entrepreneur by profession and pursuing Diploma course in Jainlogy from Mumbai University.  He is a co-founder of a research based social sector start-up and a think-tank organisation working on environmental sustainability through ‘techno-social intervention’ for mining ‘social currency’ (alternate / complementary currency) to address India’s obligation towards United Nation’s Sustainable Development Goals-2030.