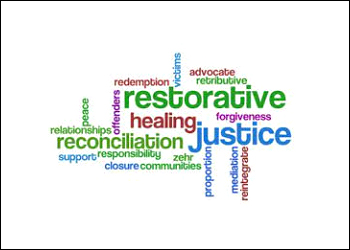 In the Jainism, hierarchy amongst the Panchmarmesthi is Siddha (Liberated Souls), Arihants (Enlightened Souls), Aacharya (Heads of the Sangh Religious Order), Upadhyays (Masters & Teachers of Scriptures), Sadhu-Sadhvi (Monks & Nuns), Shravaks-Shravikas (Lay people). Aacharya is the Head of Administrative – Executive – Judiciary responsibilities. Judiciary authority is only with Aacharya, who can grant Prayaschit or give pardon.

The teachings of the Tirthankars show the path to purify the soul and set it free of all conditioning. Spirituality evolves it to revert to its pristine state. There is a beginner’s Code of Conduct, which is necessary at the lower state of spiritual evolution. The Code amongst other things does require a conduct, which rejects violence, exploitation and unjust enrichment and prescribes non-possessiveness, truth, and self-restraint.

The evolutionary ladder has 14 rungs. The first Awakening is at the fourth rung – for the first time, the soul glimpses its true nature. This experience gives rise to the onset of faith and the beginning of enlightened perception. Fourth rung is just the beginning and one can move up and down from here. Enlightened perception brings with it enlightened knowledge (different from functional knowledge) and enlightened conduct follows, in that order. Conduct by itself without the perception and the knowledge does not amount to much. This means that a Conduct which is imposed from outside does not count; it must evolve from within – the quality of mercy is not strained.
The final stage is the state of total purification, the ultimate liberation and absolute infinite knowledge, a state of infinite bliss, power, and perception. The soul no longer identifies itself with the body or with the mind. 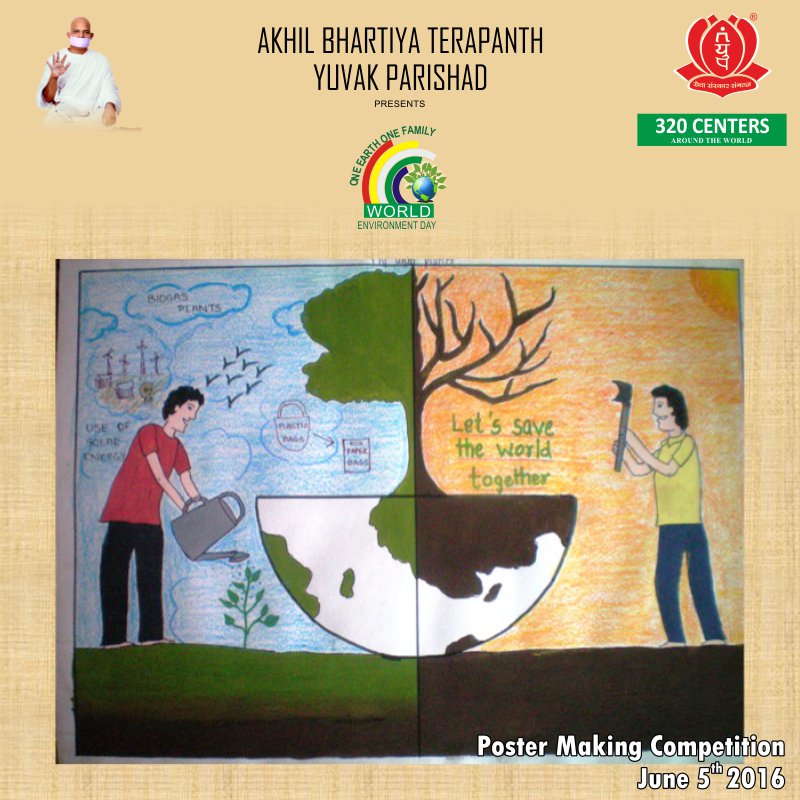 Insanity as well as temporary mental disability can be pleaded as defense in a criminal trial. Karmik predisposition is not a defense. This accords with the free choice principle; the person has the final choice. In the spiritual perspective, while one does not condone, one does understand the basis for criminal conduct. The momentum of his karmas drives the doer. He is unable to exercise a choice, resist his predisposition and his doing so, adds to the burden of karmas, he is already encumbered with. The first and the foremost victim of the deed is the doer of the deed.

There is also the other side, the victim’s perspective. There is an answer to the question, “why me?” The answer lies within oneself – within the karmik system. There is no one to blame. Indeed, the victim stands to increase his karmik burden if he blames or carries ill feeling and hatred towards the perpetrator of the crime. Then to forgive is not for the sake of the perpetrator of the deed, but for one’s own sake.

Watchfulness over one-self to detect infractions, introspection, reflection, atonement, granting and begging for forgiveness is at the core of the Jain teachings. The vigilance must be forever and for every moment. The annual eight holy days of ‘Paryushan’ celebration is a mere reminder of the eternal watch and vigil required of everyone. The last day, ‘Samvantsari’ is for begging and granting forgiveness. It is not easy to forgive; while it may come readily at a higher state of a spiritual evolution, one is not predisposed to forgive until one has lightened the karmik burden. Though a virtual catch-22 situation, it is still a matter of choice and one chooses whether to move on or whether to keep sinking into the quick-sand of escalating passions.

At a higher state of spiritual evolution, the soul perceives a common identity with every other soul. This relationship sees beyond the karmik shroud of impurities at the pure soul. There is no division amongst the good and the bad- as these have been transcended. How practical is the system, which forgives and turns the other cheek? There is a duty to check violence- even when the violence is against oneself, for all lives are sacred. This is then a judgement call and needs objective assessment.

The State as well as the community, and everyone at the community have a duty to protect and defend the innocent as well as the potential criminal from committing a crime. It is also a matter of defining what constitutes a crime. Law and morality do not always go hand in hand. There is no question of retribution or an eye for an eye. Yet, there is a duty to protect with clinical dispassion. There is indeed a front-line role for the spiritual teachers. The real work is out there in the war zone and not within the walls of the war office.

During the recent past, the monks and nuns have chosen to keep quite aloof as they distance themselves from all worldly affairs and activities. This accord with their goal of total detachment from all activities. Moreover, it is prescribed that detachment is an inner state. Besides, it is also prescribed that there is a positive duty to teach, guide, and share one’s experience perception and to help others in their spiritual quests. The general disdain and the practice of shying away from the world and its activities are therefore based in custom and social inertia.

Example: A discourse on forgiveness taken inside the prison walls by a monk brings around a dramatic reconciliation between the mother who lost her son and the convicted criminal who murdered her son. The reconciliation was so complete that a new mother-son relationship was established between them.

Another example: Acharya Sushilji, a monk, was requested to mediate in the dispute in Punjab by the Indian Government and the Sikh terrorists. In the darkest days of the communal violence in Punjab in the 1980s, at his initiative troops were withdrawn to allow mediation meetings to take place at the Golden Temple. A solution acceptable by both sides was worked out.

Prakash Mody is former Treasurer of Canadian Multifaith Federation (www.cmfsrc.ca) (formerly Ontario Multifaith Council on Spiritual & Religious Care) and past member on the Interfaith Committee on Chaplaincy in the Correctional Services of Canada. He retired in 2005 after working for 41 years and continues to be active in Jainism and Interfaith activities. He has been recognized for his voluntary services by the Ontario government, OMCSRC, JAINA, and Jain Society of Toronto.