Mahapragya’s Principle of Equivalence of Soul 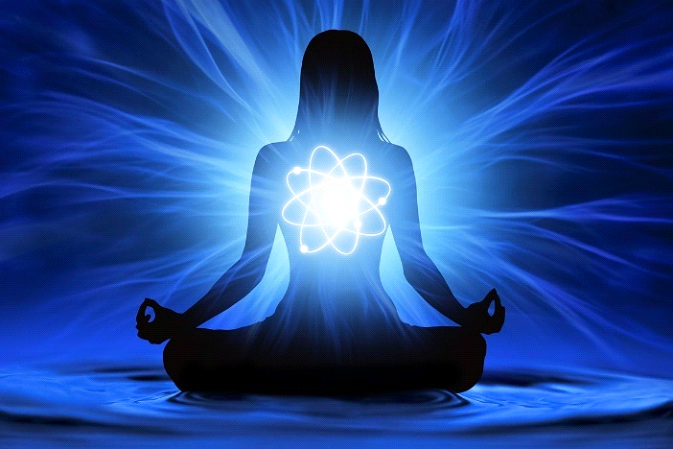 Lord Mahavira has taught us that all bios having different perceptive abilities are at par with each other, as all of them possess a unique soul. Bios may differ from each other only to the extent of their senses. Micro-organisms have single sense while the human beings have five senses. In spite of this distinction, they share same cycle of life and death, all have an in-built mechanism of self-perpetuation and all have inherent intelligence in them.

Lord Mahavira gave the above dictate which is all encompassing. Initially, we shall however, restrict our discussions to the equivalence of all human beings irrespective of their caste, creed and religion. Mahapragya has dealt extensively on this subject in Acharang-Bhashya. He has stated that the souls are neither created by nor are a part of any Almighty. In fact, souls are infinite and all of them are independent in their existence. A great deal of emphasis is given on the independence and equivalence of the souls. 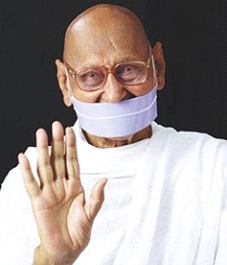 Mahapragya has drawn a very important conclusion out of the principle of equivalence. He says that the moment we accept all to be equal, we automatically befriend them. If we feel ourselves to be inferior to somebody, we develop a sense of fear. Contrarily, if we treat ourselves as superior to others, we consider ourselves at par with others. This is the true state of spiritual awakening. From the principle of equivalence of souls, emerges the concept of universal friendship. Imagine a situation where we are no more afraid of being physically attacked by others!

Universal Friendship also means holding no enmity towards anybody. If we do not breed hostility and antagonism towards one and all, we automatically become friend to all around us. This is essence of universal friendship. From here starts the journey towards the inner self and emanates the golden postulates of ultimate emancipation –

These statements from Jain literature emphatically proclaim the independence of all souls. By corollary, all souls are equal. Mahapragya unfolds the hidden truth behind these valuable lines. His interpretation is that if we are responsible entirely for our state of affairs, why cultivate hatred or ill towards others? Mahapragya has undertaken Ahimsa-Yatra to travel far and wide with a slogan – ‘Mitti Me Savva Bhuvesu’ – meaning thereby, ‘let we all be friends’. Readers will be further enlightened by the two historical episodes narrated here.

We thus see that the universal friendship has two aspects –

Limited Friendship – Desiring other’s welfare is most practical from of friendship. But this has its limits. We can benefit others only to the extent of our own physical, mental and monetary capacity. In spite of these confines, it is an important aspect of practical life. A teacher imparts knowledge to his pupils; parents pass on all the skills to their children – these are all various aspects of friendliness. This is important for the healthy social life to evolve from strength to strength.

Limitless Friendship – Desiring nobody’s harm is within the capacity of every individual. Therefore, it has no boundaries. But, this is easier said than done. Jains have notion of subsistence of life in Earth, Fire, Flora and Water. In the Acharang-Sutra, it is explained that these four elements are just like an unconscious body, which manifests no movement, but has all the feelings. So, not harming the humans and animals is not good enough, we must not commit violence against plants and environment too. In Jain belief, the plants differ only in their capacity to move, otherwise, they manifest all the properties of living beings. What scientists are learning today about the ecological balance and environment protection was very well known to the Jains even two thousand five hundred years back! 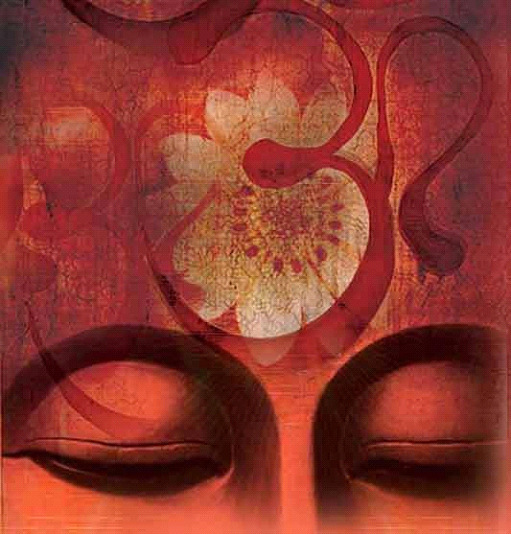 Our actions should be neither appeasing nor offending; rather they should be guided by the vision of dutifulness. Mahapragya quotes from Acharang-Sutra to his disciples to behave ‘beyond ordinary’. He explains, “Ordinary behaviour of an un-awakened human is always reactionary. Ordinary person will only react to a situation – will feel happy if something good happens or will feel angry if provoked. Whereas, when we act proactively, we undertake an intelligent and independent analysis of the situation. A moral judgment always precedes our action. Our acts will always transcend the ordinary, if at the centre of our action lays a basic fact of equality of all souls. Famous philosopher Kant said, “A good act is for the fulfillment of duty and not for kindness, benevolence, generosity or compassion.” This statement summarizes the definition of Dharma. 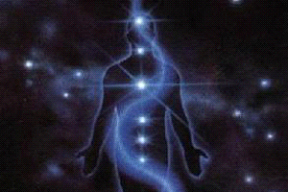 Medical experts have discovered that our health is a delicate balance of various chemicals, particularly hormones. This balance is maintained firstly by the puritan diet, and secondly, by chaste thinking or the virtuous state of mind. Here, we shall discuss the second aspect in details.

Human mind is full of both positive and negative thinking. Scientists have clinically established that the positive thinking results in the production of hormones which give euphoric feeling, whereas, negative thought process secretes harmful chemicals which are responsible for almost all the psychosomatic ailments and ulcers.

All body functions strictly follow close-loop mechanisms. This actually means that the stimuli and feedback both are monitored by the brain activities. As an example, if we feel pain, endorphin chemical is secreted which acts as mild tranquilizer thereby relaxing the feeling of pain. Immediate purpose of this chemical is to relieve the feeling of pain, but it has its side effects on other body parts including digestive system. Similarly, Mahapragya says, “If we fell hatred or jealousy and act to harm others, brain’s defense mechanism secretes chemicals which might increase the blood pressure or harm us in some manner.” Anger too, is one of the negative feelings which results in red-shot eyes and trembling body. Mahapragya, therefore, concludes that in the process of not harming others, we inadvertently prevent ourselves from getting harmed.

We, so far have studied the wide ranging advantages of practicing the policies of equivalence of souls and universal friendship. How to achieve it? What are the do’s and don’ts of this game? In fact rules are very simple. Negative thoughts and feelings of hatred, violence and harm are strict taboo and must be kept outside the boundaries of playing field. Positive thoughts of fulfillment of duty and growth of the entire society are the bat and ball of the game. You are the captain of the team whose players are your virtues. Contentment and Restraint are the two umpires of the game. If you are aware that these two umpires are watching all your actions from straight and square angles, you possible cannot afford a foul play.

Mahapragya says that a sober, equipoise, content and contained person neither thinks nor acts to harm or kill others. Once we inculcate these virtues and print them as qualifications on our visiting card, we automatically become ambassadors of environment protection and ecological balance. Scientists have presented some very startling facts about the extinction of several animal and plant species. They say that food, water, air all are bound in their respective close-loop cycles, and all constituents like ecology, animals and plants have their equal importance. It is just like a castle of playing cards, each card has equal significance and weight. We must remember that dislodging any one card might result in catastrophic results.

Ecology – A New Dimension of Science

Environmental perils of rapid industrialization have compelled the modern-day scientists to think and act towards conservation of ecology. Their eyes first turned towards the importance of various species of animals. Of late, they have realized that the plants and forests are equally important in maintaining various cycles of environment. Recently conservation-experts have stated that there are more than twenty thousand varieties of flora and fauna which have high medicinal values. There may exist such plants whose extracts can fight cancer or can control the high blood pressure. Our lust for land is resulting in the indiscriminate elimination of these plants. If we do not adopt a rational and balanced view, we may deprive our future generations of valuable assets of environment.

Mahapragya sees the environment in its entirety. According to him the ecology is sum total of all aspects – sun, planets, stars, earth, humans, animals, plants, oceans, etc. – all share a common inseparable bond. Even if a single aspect is affected, the entire environment is handicapped. For instance, when forests are destroyed, they affect rains, desserts creep in and farm output is reduced. All these, in turn, affect our economy and humans are the ultimate victims.

How then can we understand the importance of environmental conservation? If we realize that all animals and plants have soul equivalent to one of humans, the conservation of environment will become a natural fall-out. All the concerns of scientific fraternity can be effectively addressed by the acceptance of Mahapragya’s principle of Equivalence of Souls. Once this principle is embraced, two powerful things will spontaneously happen –

Science and Spiritualism thus seem to find a cozy confluence in the Principle of Equivalence of Souls. Humans tend to achieve their selfish goals at the cost of others, but the inculcation of positive and negative compassion can transform them to live a selfless life. A Human’s life is worth not by what he gets from the environment but from what he gives back to it. The Principle of Equivalence of Souls has the potential to yield universal friendship which transcends all boundaries of nations and races.

Courtesy: This article of Prof. Dr. Mahaveer Raj Gelra (Former V.C., JVBI) is from his book “Jain Studies and Science” on context of Ac. Mahapragya’s Literature.