April, 2022 by Bhavya Jhaveri
Veganism has become a popular lifestyle choice across the world, especially in the West, due to the harmful practices that occur in the commercial dairy industry. While it is not tied to any religion specifically, the central tenets of veganism seem to be shared by many religions as it is rooted in not supporting practices that are hurtful to animals. Delving deeper into the principles of veganism shows us the importance of mindful food-related practices and how they are connected to Jainism. 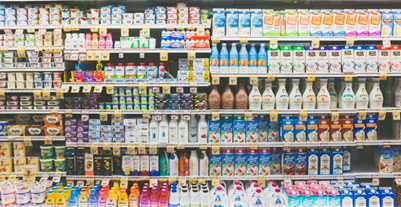 Our reliance on mass-produced dairy has increased over time

Most people are familiar with the diet that vegans follow, which is one that excludes any and all animal products such as seafood, meat, milk, cheese, yoghurt, ghee, honey, etc., but it is important to note that for some, veganism is about living a lifestyle that seeks to limit harm committed to animals in commodities as well as food. Some vegans abstain from buying leather products, for example, and some are also outspoken against practices like hunting, due to the harm done to animals in the process. For this article, I will mainly focus on the food-related principles of veganism.

The reason that vegans advocate for cutting dairy from our diets is due to the practices employed by commercial dairy farmers. Animals are not killed in the process of producing milk and yoghurt, for example, but the animals are kept in confined spaces and female cows are repeatedly inseminated so that they can produce milk. Their calves are separated from them at birth, and the milk is taken for our consumption of dairy products. Many animals develop health problems from being kept in these circumstances. Large dairy farms do not care about the welfare of the animals, but rather are profit driven. In addition to the harm caused to animals, there are also negative environmental impacts of the dairy industry. Livestock causes high amounts of methane output, which contributes to global warming. 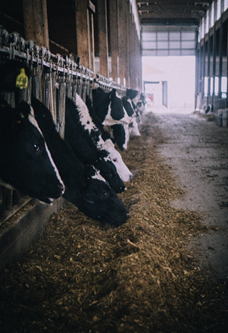 Jain scriptures do not explicitly advocate for abstaining from consuming dairy even though the principle of Ahimsa, or non-violence, is central to the religion. In fact, there are mentioned of Gods themselves consuming dairy and ghee is used during religious practices. Let’s look at why this is the case.

When we were a society with household farms, and livestock and the farm were owned by families, it may have been possible to make dairy products from the excess milk produced by animals. It may even have been necessary to make and consume dairy products for a balanced diet as it was more difficult to transport different food then. This is very different from what we do now, which is to breed animals for profit. Many household farms treated their cattle with immense respect, and this practice is still followed in some parts of India. However, especially in major cities, fewer people get their dairy products from such farms. Our reliance on profit-driven dairy farms has steadily grown. While producing dairy products may not be inherently so cruel to animals, the practices that we employ today cause immense harm to animals and have become increasingly unethical over time.

The lesson we can take from understanding veganism and Jainism are to be mindful about the where our food comes from and how we can limit harm to all living beings in the process. While dairy is allowed within a Jain diet, seeing the practices that are carried out in the dairy industry requires us to apply our core principles to evolving situations and reassess our choices.

It is important to note that while the dairy industry is cruel to animals, non-dairy alternatives can be expensive and difficult to access in some parts of the world. Additionally, some foods that commonly feature in vegan recipes might be intensive to farm or involve unethical practices in farming. Rather than simply switching to a vegan diet, it is important to become mindful of where our food comes from and how we can reduce the harm caused to all living beings in the process of acquiring it. Depending on where you live, limiting dairy use, or switching to a supplier that treats their animals fairly, could even be a better option. 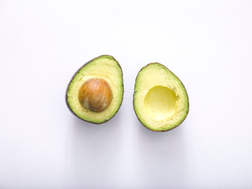 Avocados, a popular item in vegan diets, are very resource
intensive to produce

Here are some ways we can begin to be more mindful about how to limit harm caused by our food choices:

She is interested understanding the overlap connections between different ethical and moral belief systems. In particular, she wants to explore how the application of religious principles can and should evolve with time.

Very mindful explanation and an important point in today’s world.