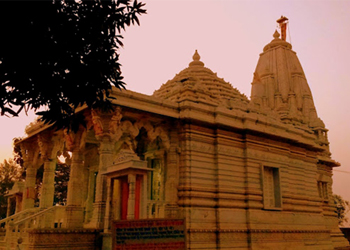 April, 2022 by Arpit Shah
The birthplace of Lord Shitalnath, Bhaddilpur was considered lost until a couple of years ago. According to ancient scriptures, the kingdom of Bhadrikapuri was ruled from its capital, Bhaddilpur by King Dradhrath and Queen Sunanda (of Ikshavaku clan), parents of Lord Shitalnath. The city was thus blessed with the fortune of being the holy land where Lord’s Chyawan, Janma, Diksha and Kevalgyan Kalyanaks took place. The city was home to many grand Jain temples during ancient times, however as western India became the stronghold of Jains, it became very difficult for revered Acharya’s to travel to these Kalyanak bhumi’s situated (in eastern regions) in the medieval ages. Further, due to decline in Jainism and repeated foreign invasions, every trace of this Kalyanak Bhumi was destroyed around 150 years ago. 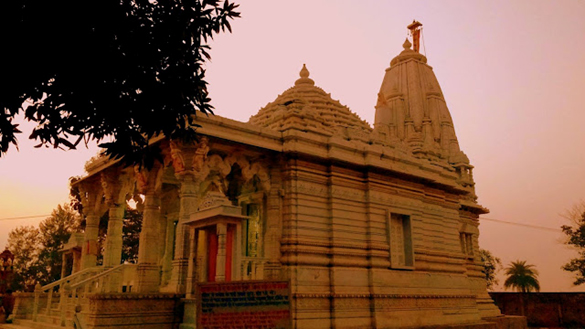 Declared Vicchedit (destroyed and lost) since the past century, the Kalyanak Bhumi was long forgotten by Jains until 1993 when a shravak named Shri Lalit Kumar Nahata planned a yatra to all the Kalyanak Bhumi’s. On finalizing the route, he found that the locations of 2 Kalyanak Bhumis (Bhaddilpur and Mithila) were unknown to all. This inspired Shri Lalitji to initiate the journey to find these lost tirths.

He started the search for Bhaddilpur by researching all the ancient books and taadpatras (inscriptions on palm leaves) preserved in his ancestral library, ‘Abhay Jain Granthalaya‘ in Bikaner. With a few resources in hand he started correspondence with many revered Acharya Bhagwat’s and notable Jain Shravaks which yielded negligible results. He also sought guidance from his uncle, Shri Bhanwar Lalji Nahata who was a notable scholar to locate and re-establish long lost Kalyanak Bhumi’s like Bhaddilpur and Mithila as well as other important Tirths including Ahichhatra.

After years of research in various gyaan bhandars (jain libraries) and correspondences, Shri Lalitji got various resources (namely – Shri Tirthmala Amolak Ratna published in 1893, Jain Tirtho no Itihaas by Munishri Nyay Vijayji , published in 1949, Jain Tirtho ka Aetihasik Adhyayan published in 1991 and Parasgiri ka itihaas).  While examining these resources, he found the Tirthmala composed by Shri Saubhagyavijayji in 17th Century AD which had the following lines- 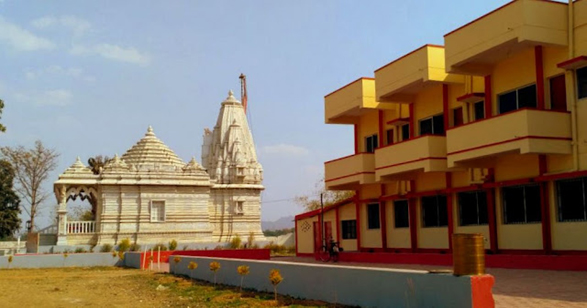 This helped him to identify the location of this ancient Kalyanak bhumi 16 kos from Gaya near a hill where a seven hooded idol of Shri Parshwanath Bhagwan was present. However, the exact location was still unknown to him. When researching on the historicity of Chatra District with Shri Ashokji Baid from Patna, he chanced upon various books by western scholars namely Sir William Hunter and Dr.Stane which led him to Kolhua Pahad near Hunterganj in Jharkhand which was earlier known as Sahetuk Van. According to Jain scriptures, Sahetuk Van was the forest where Lord Shitalnath Bhagwan attained Kevalgyaan. For three years after taking Diksha, the lord practiced penance and meditation on this forested hill and attained Kevalgyaan on Paush Krishna Chaturdashi. Till date many ruins of Jain idols, temples and rock cut caves have been discovered on this hill which proves its antiquity.

After visiting the Kolhua Pahad, Shri Lalitji became sure that the birthplace of the lord would be near to the hill.  He enquired with local municipal authorities as well as with the Revenue Department with respect to Jain ruins in the area which led him to the village of Bhondal. On reaching the village, the locals headed by Shri Mukesh Prasadji from Hunterganj started the search for a land which would be an ideal place for the Kalyanak Bhumi. The very next morning a local villager came to Lalitji and offered his farmland for building the temple.  Considering this as the divine intervention of Shasan dev, Shri Lalitji purchased the farmland and thus the construction of Kalyanak Bhumi temple was initiated near the banks of River Niranjana (Falgu River) on NH99. 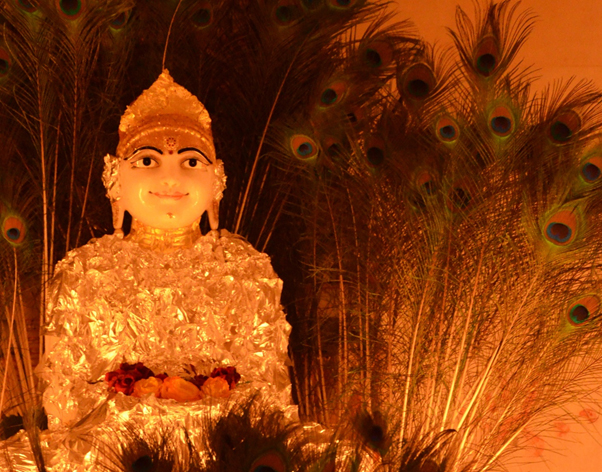 In 2007, Shri Lalitji initiated the construction of the temple with the active help of Shri Subhash Chandji Bothra of Ranchi. The Anjanshalakha and pratishtha mahotsav was conducted in 2014 in the presence of Pujya Shri Mahendrasgarji Maharaja (disciple of Khartargachhadhipati Shri Jinkailashsagar Surishwarji Maharaja). Today a beautiful temple stands in the midst of serene natural surroundings. A stunning idol of Lord Shitalnath along with 4 Charan Padukas have been installed within the temple. 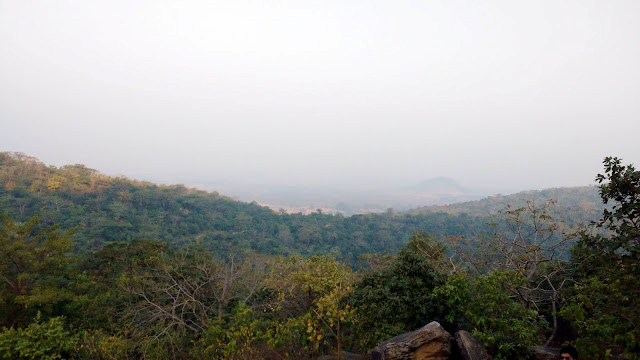 Around 12 kms from Bhaddilpur Tirth (Bhondal Village) stands the mighty Kolhua Pahad enveloped in natural surroundings. Highly revered by locals as the abode of Koleshwari Devi, the hill has become an important pilgrimage spot for the Hindus, Jains and Buddhists alike. The entire trek is around 6 kms and a cemented pathway along with stairs has been constructed till the temple of Koleshwari Devi.

The temple of Koleshwari Devi is actually a temple of Ashoka Devi (yakshini of Lord Shitalnath) which stands amongst the ruins of Jain idols. In front of this temple, a beautiful pond is present where many broken jain idols have been discovered in recent past.  In the west of this pond, there is a cave in which a 3 ft idol of Bhagwan Parshwanath is carved in black stone. Locals worship the idol as Bhairuji and Buddhists worship the idol as Jogsu Lama. (However, on 20th August 2017, some thieves unsuccessfully tried to steal the the idol and badly damaged it in the process. Unable to carry its entire weight, they made off with the head of the idol only).  Near to the cave are two huge boulders named Bheem Bhaar. Locals believe that Bheem came here and played with these huge boulders. On the North West corner of the pond, footprints of lord Shitalnath lie neglected on the middle of the road covered in Sindoor. The locals worship these as footprints of Vishnuji.

Further on climbing the cliff, on the highest point of Kolhua Pahad is the Kevalgyan Kalyanak bhumi of Lord Shitalnath. A 3 inch footprint of the lord has been carved on the rock which is very difficult to climb. The uphill trek post the temple of Koleshwari Devi is a rugged one as there is no pathway and one has to climb the rocks to visit the Kalyanak Bhumi of Lord Shitalnath, thus only physically fit persons are advised to climb the rocky terrain. 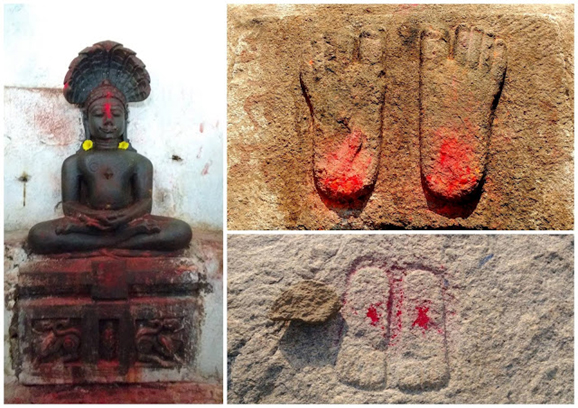 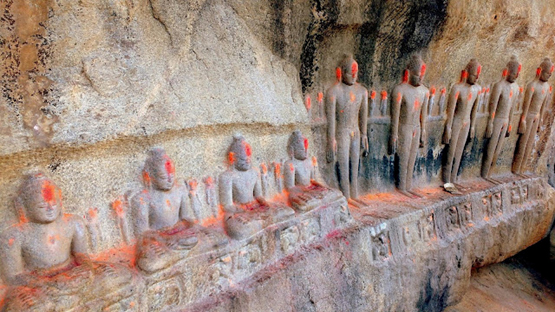 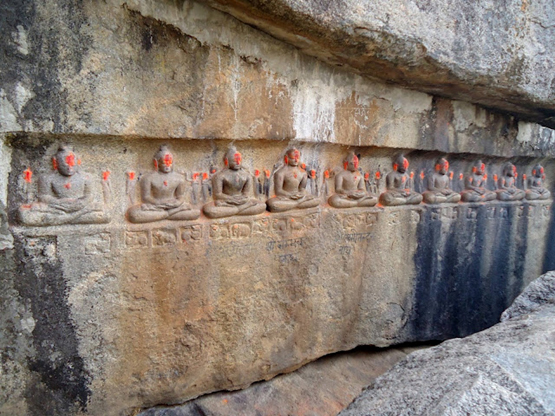 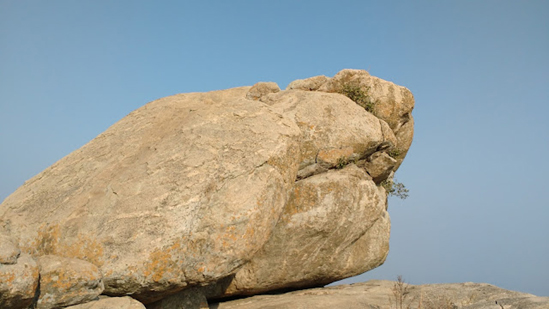 Bhaddilpur Tirth is located about 50 kms (around one and half hours) from Gaya on NH 99 near the town of Hunterganj. Cars/ Autos can be hired from Gaya. Regular buses are available from Gaya to Hunterganj. The tirth has a well-equipped Dharamshala with 27 rooms, 1 Hall, a Library and a Bhojanshala.

Arpit Shah is an avid history researcher, devotional singer, and a Jain “vidhikarak” based out of Kolkata. He is a CS and MBA by qualification and works full time at a MNC.  He has authored 3 critically acclaimed books (“Dharma Saarthi”, “Prabhu Tamara Pagle Pagle” & Jin Puja – Itihas ke Panno se”) along with 50+ articles on Jain Heritage.

Hi Arpit, Very interesting article! Would you be able to indicate what are the two side symbols on either side of the main lanchhan in the seated idols of the rock cut temples atop the Kolhua Pahad? Also, any idea about the two symbols under Kayotsarga Pratimas inside the cave? Thanks for sharing the rich heritage of Jainism via your wonderful articles.