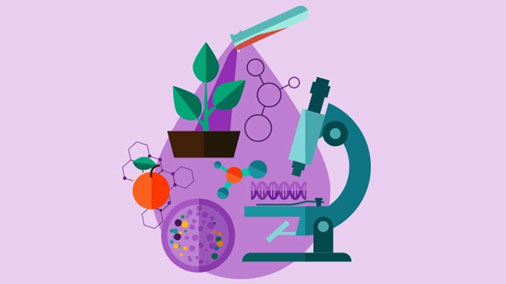 The Scientific Side of Jainism

May, 2022 by Curtesy : https://medium.com/@connect_26403/the-scientific-side-of-jainism-2fa6fe35f184
While common belief about religions is that it focuses on the art of living, one can seldom think that a religion can be so scientific in all dimensions. And Jainism is the answer to that. It is a philosophy that deals with multifaceted subjects such as microbiology, cosmology, physiology, physics, psychology, medicine, and much more. As we get more and more logical and scientifically driven in our daily lives, it is important to take a step back and appreciate Jainism for its compatibility with modern science.

Jain philosophy says that everything in this world has life… this includes soil, plants, water, air, and all other elements of nature. Classification of forms of life in Jain philosophy is based on the number of senses one has. Being ekindriya (with one sense), beyindriya (with two senses) up to panchindriya (with five senses humans like us). These ‘ekindriya’ lives are commonly referred to as microorganisms that cannot be seen through the naked eye.

Although these statements baffled many, it wasn’t until the 17th century when two Fellows of The Royal Society, Robert Hooke, and Antoni van Leeuwenhoek discovered the existence of microscopic organisms. Prof. Paul Dundas, Head of Asian Studies in the University of Edinburgh notes that Tirthankar Mahavir asserted the existence of unseen microbiological creatures living in earth, water, air, and fire. Jain scriptures describe nigodas which are sub-microscopic creatures living in large clusters and having a very short life, said to pervade every part of the universe, even in tissues of plants and flesh of animals.

Jainism is credited by the scientific community as being among the first religions to postulate the existence of unseen microbiological life centuries before the invention of the microscope.

Interestingly, in Nov 2018, at an Expo in China, Mr. Bill Gates walked in with a jar of poop in his hands and noted that it could contain as many as 200 trillion rotavirus cells, 20 billion shigella bacteria, and 100,000 parasitic worm eggs. This is parallel to Jain theory that human waste contains a large number of microorganisms and hence needs to be disposed carefully. Microbiology gains importance in Jainism due to our core principle of ‘Ahimsa’. We continuously strive hard to cause minimal impact on any and every life no matter how microscopic it is.

As per Jainism, one must refrain from consuming food, water etc. at night. There are many reasons for this prohibition. The germs and microbes that disappear when there is sunlight do not really get destroyed; they take shelter in shadowy places and after the sunset, they enter and pervade the atmosphere. These microbes are invisible to the naked eye, and get into our food. Consuming this kind of food will lead to the killing of these germs and bacteria which in turn will lead to our ill health. The human biological clock is set according to the sunrise-sunset. When the sun is right above us, our digestive fire performs at its peak. The food eaten at nighttime does not get properly digested since the digestive system becomes inactive during the night owing to the absence of sunlight and we face the problem of indigestion. The metabolism rate slows down during these hours as we do not indulge in any physical activity which may help in digestion. Hence, due to these reasons, the food taken during nighttime does not get digested; and its putrefaction in the body is harmful to health.

Kelly Allison of the University of Pennsylvania School Of Medicine’s Center for Weight and Eating Disorders says, “Studies suggest that eating out of our normal rhythm, like late at night, may prompt weight gain and higher levels of blood sugar, which can raise the risk of chronic disease”

Recent research in Hong Kong proves that people eating food in the early evening are less prone to heart diseases.

You may even notice that the nature around us, consisting of plants and animals, eat only during the day time.

This validates the Jain practice of ‘Chauvihar” not just for ‘Ahimsa’ protecting the micro-organisms that enter the food at night, but also as a healthy habit.

According to Jainism, time is beginningless and eternal. It is divided in infinite number of Kālacakra, the cosmic wheel of time which is further divided into two half-rotations, Utsarpinī or ascending time cycle and Avasarpinī, the descending time cycle, occurring continuously after each other. Common characteristics of Utsarpinī are progressive prosperity and happiness where the life spans and height of people are at an increasing scale, while Avsarpinī is its reverse. Each of these half time cycle consisting of an innumerable period of time (measured in sagaropama and palyopama years) is further sub-divided into six Āras. Currently, the time cycle is in Avasarpini or descending phase and we are in the 5th of 6th phases with maximum height of 7 hath and a maximum life span of 120 years. This means years ago the life span and heights of living beings used to be more than ours. While one may find it difficult to believe that humans and animals were larger than our size years ago, it is a fact. In June 2019, Russian scientists found the furry head of an Ice Age wolf perfectly preserved in the Siberian permafrost. The head of a wolf, which died 40,000 years ago, was discovered in the Russian Arctic region of Yakutia. Scientists said it was an adult, about 25% bigger than today’s wolves. This validates the Jain theory above. Each of these Āras progresses into the next phase seamlessly without any apocalyptic consequences. The increase or decrease in the happiness, life spans and length of people and general moral conduct of the society changes in a phased and graded manner as the time passes. No divine or supernatural beings are credited or responsible for these spontaneous temporal changes. Global Warming, a decrease in life expectancy, and decrease in the overall happiness quotients are a few parallels to this philosophy.

Another famous concept showed by Jainisim is “Pudgal”. Pudgal in modern science can be called as “atoms”. Pudgala is derived from the word’s ‘pud’, which is defined as Supplement (Addition/Fusion), and gala, which is defined as Disintegrate, Division or Fission. Therefore, Pudgalas are best defined as all things that are continuously changing by the process of Supplementation or Disintegration, namely matter. These are the properties that modern science associates with ‘atoms’.

While we saw a few aspects of Jainism through the prism of modern science, the cases are endless. The challenge we face is decoding the verses in our literature, missing texts, translator’s errors, etc. This creates boundaries for us to dive deeper. Nonetheless, the substantiation of Jain beliefs through scientific advancement illustrates the interdependence and compatibility between Jainism and science, and how they can be used synergistically to better understand the universe we live in.

What Mahavir said has turned out to be permanent and absolute truth – the super science.