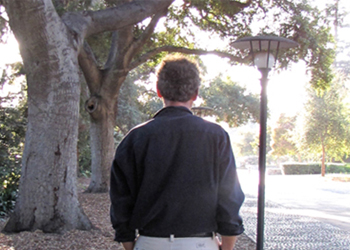 Who Is My Brother? Or: What I Learned from the Jains

October, 2021 by Dr. Philip Clayton
Encountering difference is not just a one-time experience. It’s one thing to merely tolerate individuals who are not like you or who believe different things from you. It’s something else to genuinely appreciate others – to celebrate difference even while recognizing it as real difference.

At Claremont Lincoln University we have lived in the world of Jewish, Muslim, and Christian dialogue for quite some time. Our community includes faculty members from all three traditions, and we partner with organizations from all three. Over time we’ve learned that amazing lesson that so many others have also experienced: religious difference does not diminish your own religious identity but, paradoxically, strengthens it. When I listen to a Jewish or Muslim colleague pray, I don’t become Jewish or Muslim. But it does help me learn – here’s that paradox again – what it means for me as a Jesus-follower to pray. When I listen to my Jewish and Muslim co-workers struggling with what holiness means, or what is implied by being in the world yet not of it, or how to be true to ancient teachings in a rapidly changing world, it moves me forward in my own understanding as a Christian… even though that’s not the topic they’re addressing.

Don’t get me wrong: our life together also unearths genuine differences. Sometimes you feel like you’re standing on the edge of another world, looking into a realm of belief and practice that you will never fully grasp. To deny genuine difference is to engage in what scholars call Orientalism: romanticizing the Other, or “othering” the Other, as a function of one’s own attraction or repulsion. Orientalism is precisely not engaging with the Other as Other; it’s projecting yourself onto the space where in fact another person stands.

Still, there is a fascinating way in which members of the Abrahamic faiths are gradually learning to be family members together. (Remember that families contain genuine Others as well.) It is a beautiful thing when Jews, Muslims, and Christians become comfortable with each other in this family sort of way, yet without ceasing to be who they are. After all, there is a lot that we share together in common.

Then came the Jains. These last weeks and months we have been working intensely with Dr. Sulekh Jain, with the leader of the International School for Jain Studies (ISJS) in India, and with representatives of the Federation of Jain Associations in North America (JAINA). When Dr. Jain and his colleagues join us on stage on September 6th for the Launch of Claremount Lincoln University it will be the first concrete step in actualizing our dream: that Claremont Lincoln will ultimately include not only the Abrahamic faiths but also religious traditions from around the entire world.

These new friendships have stretched us in new directions. Suddenly, the casual familiarity of Abrahamic connections disappears, and newness reigns. In Jainism you immediately see much that you find beautiful and attractive, many values that you want to endorse. Here is one of the four great religious traditions of India, one that places overwhelming emphasis on non-violence (ahimsa). Jainism recognizes that our world is teeming with independent life forms. Each one strives to exist on its own, and each one is its own locus of value. Unlike us, though, Jains make this realization into the centre of their religious practice. A devout Jain in traditional India would sweep the path in front of himself with a broom as he walks to avoid unnecessarily killing insects and other living beings.

I am both fascinated and stretched by this encounter. I realize that I am facing a world of religious practice vastly different from my own. The culture and languages in which it is embedded are not the familiar Western ones; the scriptures, though no less sacred, are new to us; their history overlaps much less with our own. We know Jainism through its influence on great 20th-century leaders such as Mahatma Gandhi and Dr. Martin Luther King, Jr. But we don’t know it on its own terms. We must listen much more intensely to understand.

Who are my brothers? After he posed this question, Jesus “looked around at those who sat about him and said, ‘Here are my mother and my brother’” (Mark 3:31-35). Before my new Jain friendships this summer, I assumed that my brothers and sisters were those with whom I am most familiar. As we head toward the University Launch next week, I now see it differently. My brothers and sisters are those from whom I am learning most intensely, the ones with the most to teach me. In Jesus’ teaching these were primarily the poor, whom Jesus singled out as particularly important to us and to God (Luke 6:20).

But Jesus’ same topsy-turvy set of values applies to religious difference as well. Brotherhood and sisterhood, I now realize, applies in inverse proportion to familiarity. This summer I had the most to learn from the Jains. For that reason, they became most truly my brothers and sisters.

Philip Clayton is the Dean of Claremont School of Theology and Provost of Claremont Lincoln University. He also holds the Ingraham Chair at CST. Clayton earned a joint PhD in Religious Studies and Philosophy from Yale University and has held visiting appointments at Harvard University, the University of Cambridge, and the University of Munich. He has published over 20 books and hundreds of academic and popular articles.